After going through a major correction in September, the U.S. equity markets are entering October with a lot of uncertainty as the COVID-19 pandemic still rages on and the U.S. presidential election approaches.

These two factors are likely to keep investors, who don’t see any major catalysts to start buying again after the sharp rebound since the March dip, on the sidelines. The first presidential debate takes place between President Donald Trump and former vice president Joe Biden on Tuesday night.

In September, the tech-heavy index NASDAQ suffered its biggest losses since the beginning of the month. The index is down 7.32% month-to-date, compared to the 4.42% decline in the Dow and a 5.77% decrease in the S&P 500.

Beyond these macro trends, below are three stocks which could see some action after their latest earnings reports:

Chipmaker Micron Technology (NASDAQ:MU) will report fiscal 2020, fourth-quarter earnings on Tuesday, Sept. 29, after the close. The storage chip manufacturer is estimated to have made $0.98 in profit per share on $5.89 billion in revenue.

The biggest U.S. maker of computer memory chips said in August the outlook for demand is worsening and predicted it’s unlikely to meet its revenue forecast due to the economic recession caused by the COVID-19 pandemic.

Memory chips from Boise, Idaho-based Micron are a key part of all types of computers–from laptops to servers–and also act as data storage in smartphones. The company competes with Samsung Electronics (OTC:SSNLF) in the market for dynamic random access memory and flash memory.

Due to demand uncertainties, Micron stock has underperformed other chip producers this year, falling about 9%. It closed at $49.14 on Friday, after falling about 1% for the day. 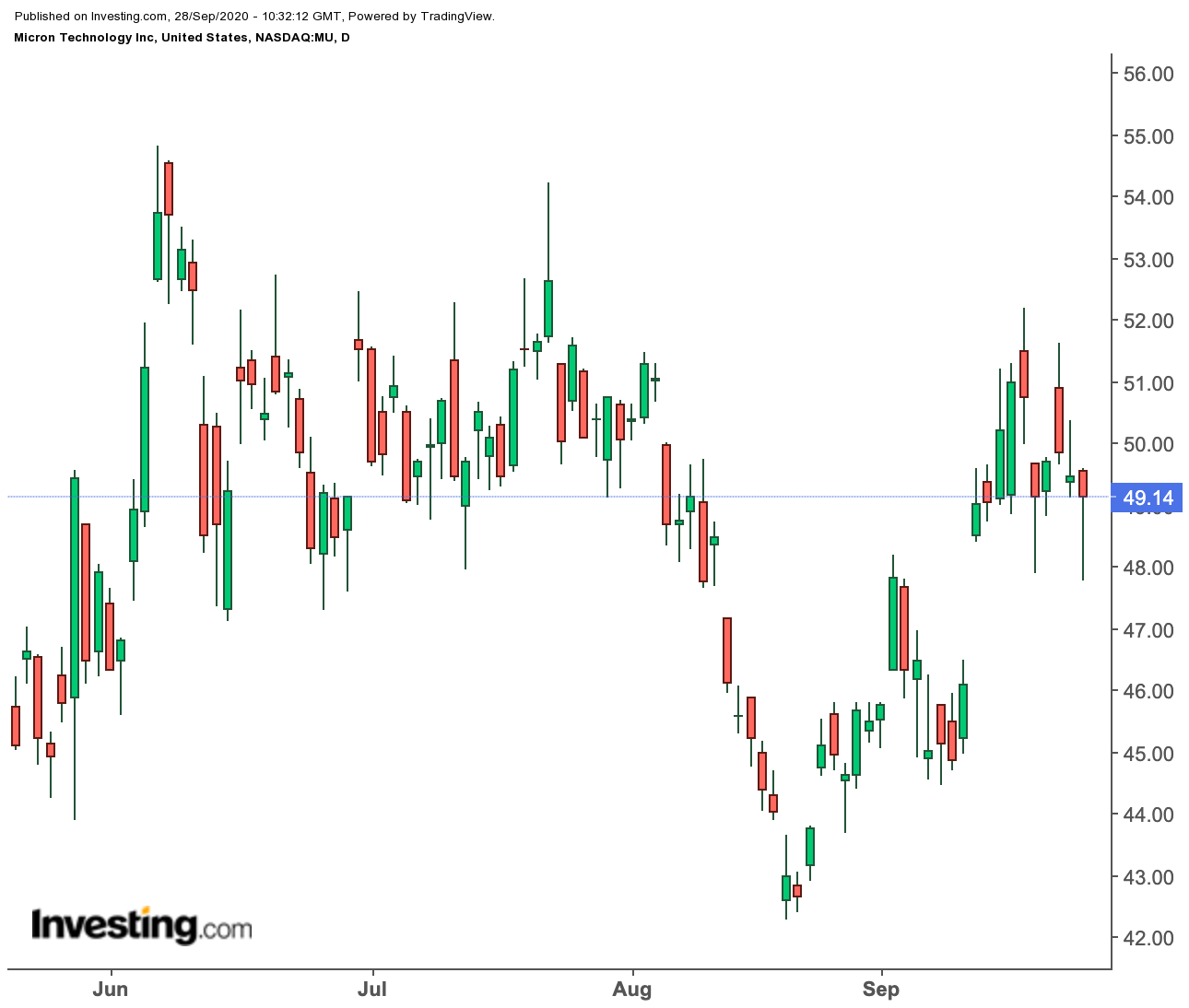 Snack and beverage giant PepsiCo (NASDAQ:PEP) will report third quarter earnings on Thursday, Oct. 1, before the market opens. Analysts, on average, expect $1.48 a share profit on sales of $17.2 billion.

In the previous earnings report in July, Pepsi had reported stronger-than-expected sales, helped by homebound consumers stocking up on snack foods during the pandemic. Pepsi is well-positioned to benefit from these evolving eating habits as it has a very diversified portfolio of snack items, such as Tostitos, Fritos, Ruffles, and Cheetos.

Ruffles potato chip brand, for example, saw high-single-digit growth in Q2, while oatmeal Quaker’s organic revenue spiked 23% during the spring period. Beverage sales, on the other hand, will likely lag in an environment when consumers are avoiding eating out. 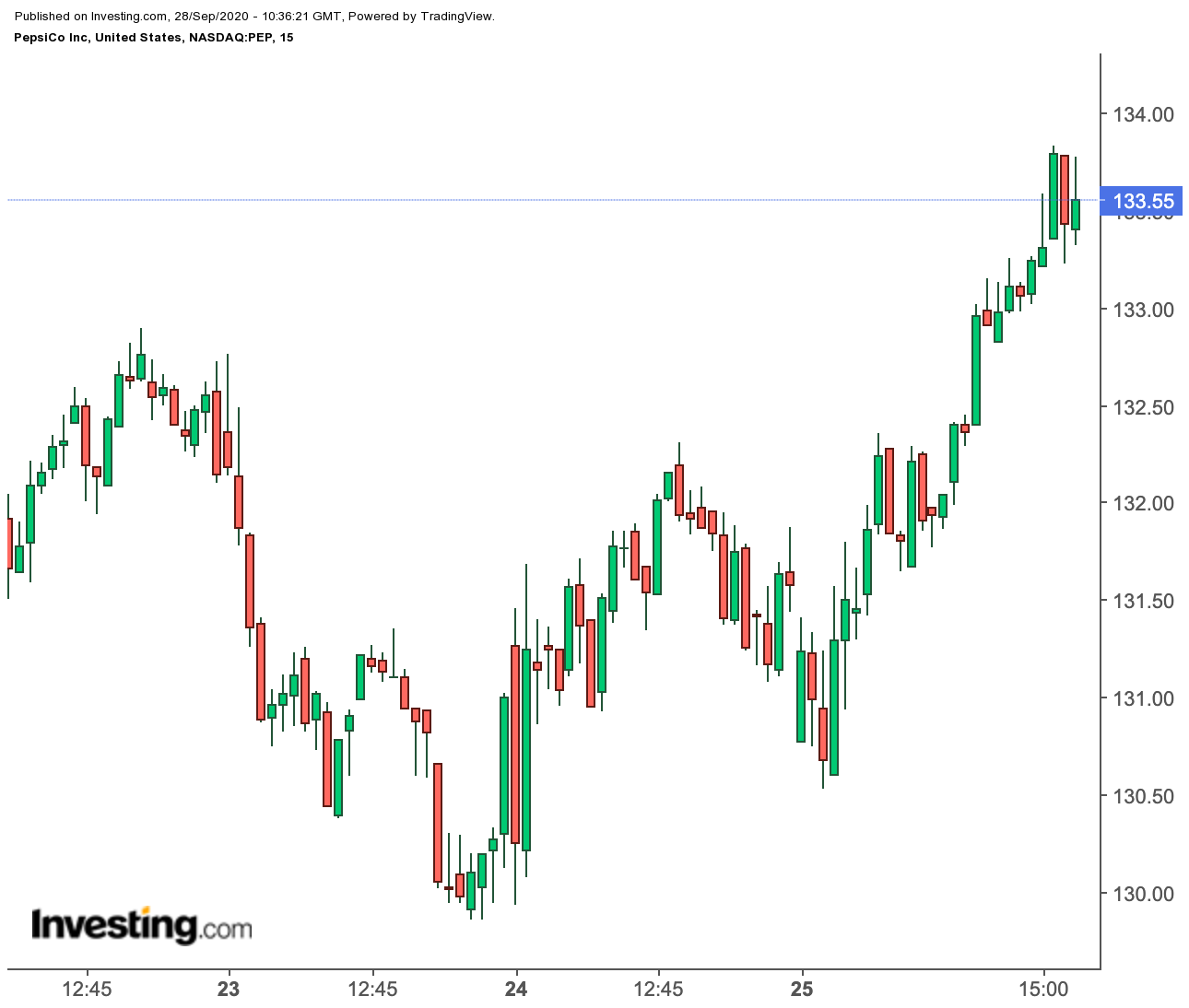 The embattled home furnishings and housewares giant, Bed Bath & Beyond (NASDAQ:BBBY) reports its fiscal Q2 earnings on Thursday after the market close. Analysts expect the retailer to produce $0.3 a share loss on sales of $2.63 billion.

BBBY is in the middle of a massive turnaround effort after failing to revamp its business model in order to survive the onslaught of e-commerce giants. The company is actively exploring divestitures in order to focus on growth opportunities in the home, baby, beauty and wellness businesses.

The company said in July nearly all of its stores have reopened after the lockdowns as it moves ahead to save as much as $350 million annually as part of its restructuring plans. The retailer plans to close 200 locations in the next two years.

The company’s earnings will also provide some insight into customer patterns as the U.S. economy reopens and consumers spend more on home improvements. BBBY shares closed on Friday at $14.53 after rising more than 4%. The shares are up about 200% during the past six months. 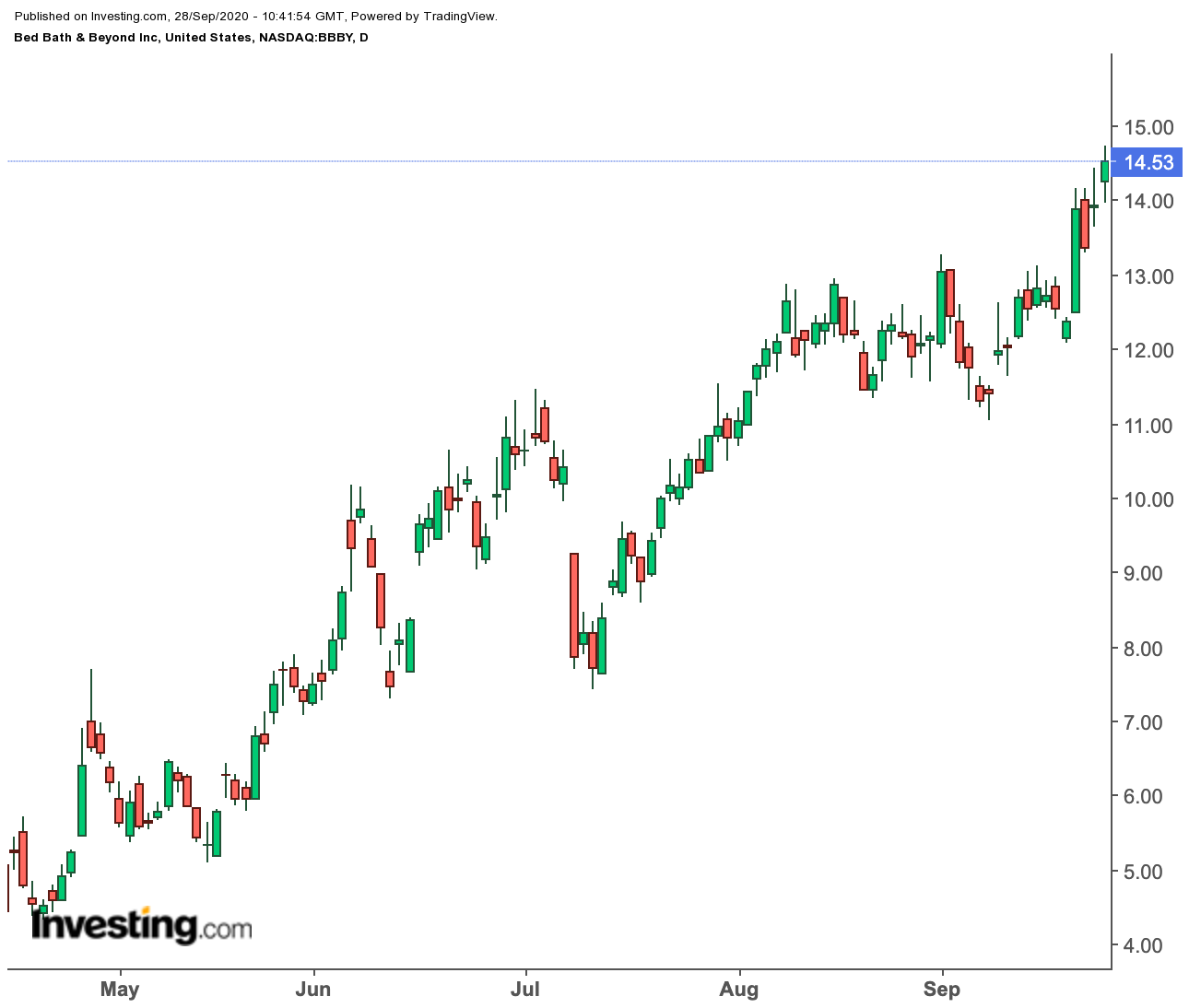