An easy headline which has played out as true, although the same bounce occurred in the NASDAQ well before the measured move target is reached.

In the case of the S&P 500, the measured move target is above the 200-day MA–a typical support level and a more likely area for a bounce–so it remains to be seen if this bounce will hold, but it does provide a level to set protective stops (for existing positions in the S&P and member stocks).

Note, technicals are all net negative and aren’t really in support of a bounce, with the exception of short term and intermediate stochastics which have converged at an oversold state. 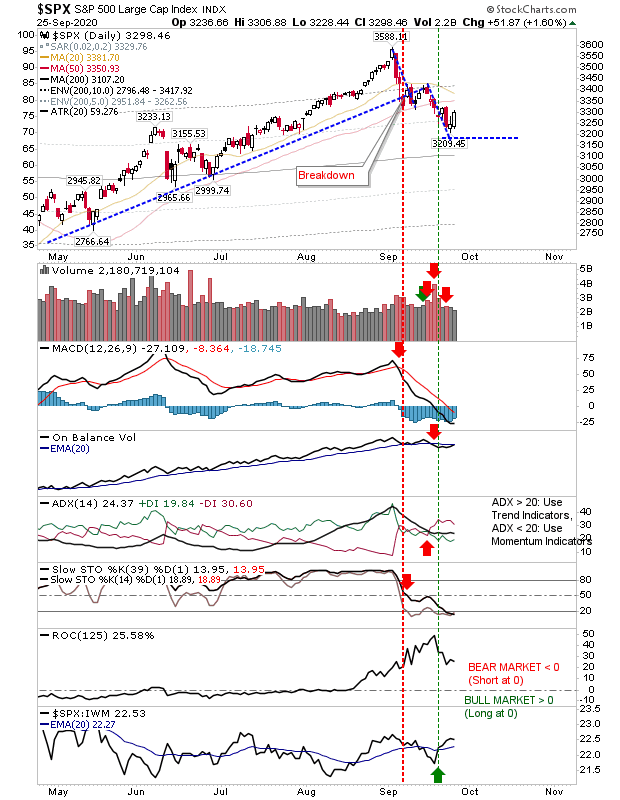 The NASDAQ bounce is also occurring in a backdrop of negative technicals and low buying volume. It’s a bounce which has occurred relatively early in the decline, increasing the chance for a successful bounce, but the only technical support for this outcome is relative performance and stochatics. Although there is a breadth metric running in its favour. 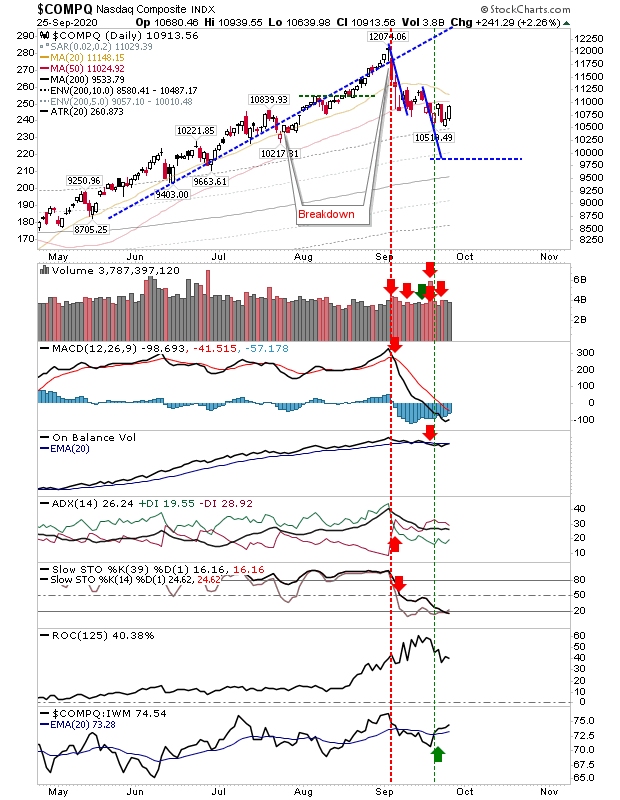 The Russell 2000 managed to dig in a support of its 200-day MA which also marked an oversold state in stochastics. As with other peer indices, there isn’t the supporting volume from buyers to suggest a bounce is sustainable but one can only go with market action. Friday’s action does give existing long holders s place to raise or set stops. 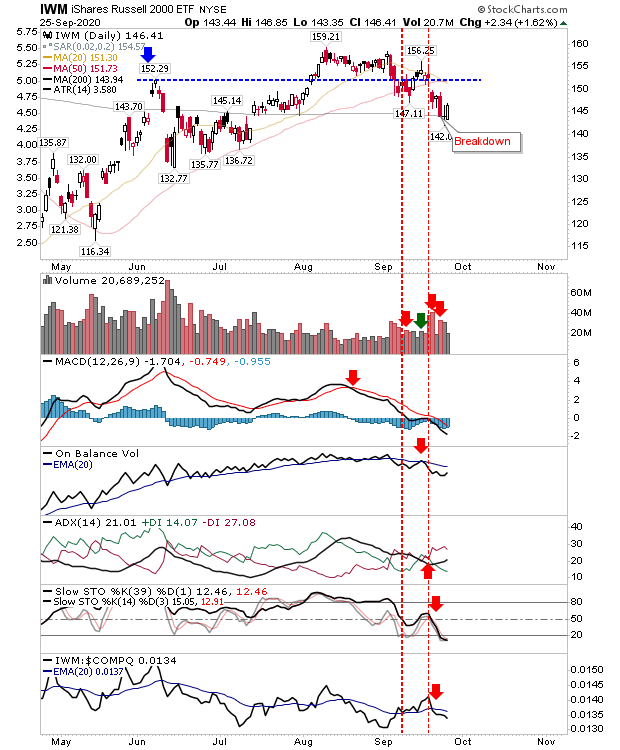 This week will be critical in determining if Friday’s buying was nothing more than a flash in the pan. The indices most likely to succeed–in order of probability–are the Russell 2000, S&P and NASDAQ.