Shares of Aurora Cannabis (NYSE:ACB), (TSX:ACB) took another hit yesterday, dropping an additional 5% on the day after it was announced that the Alberta-based marijuana grower cut ties with its once highly-touted special adviser, billionaire investor Nelson Peltz. 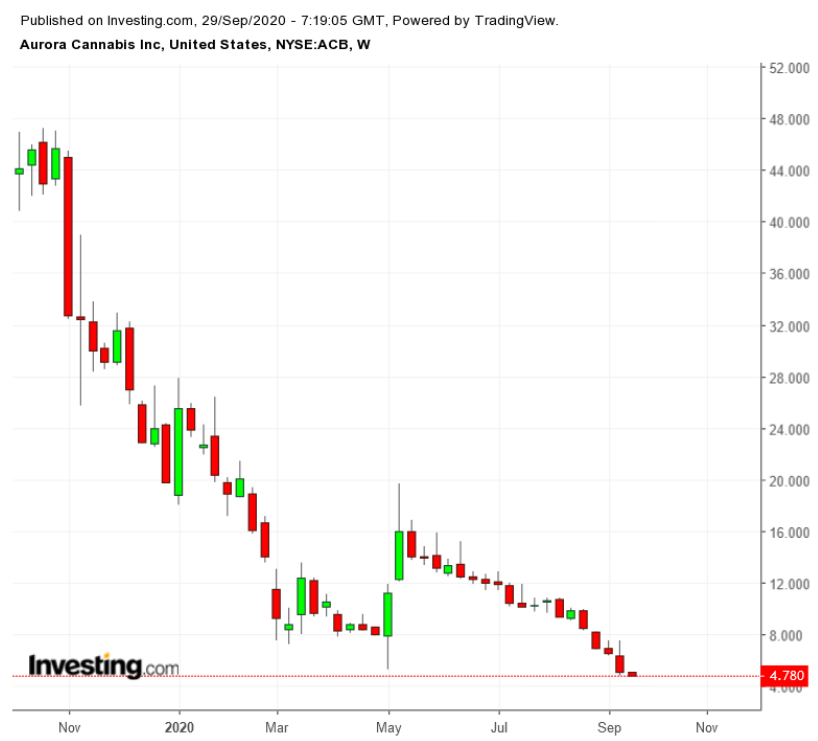 Peltz, the director of the fast-food company Wendy’s and the co-founder of the New York multi-billion-dollar asset management firm Trian Fund Management, joined the company in March 2019 to help Aurora expand its operations on the international stage. But during Peltz’s 18 months with the grower and distributor of medical cannabis, the company lost about US$2.6 billion (C$3.5 billion), according to estimates.

The company made the announcement in a release outlining how it will hold its annual general meeting on Nov. 12 in a virtual-only format due to the COVID-19 pandemic.

Chrystal Capital Partners is creating its Verdite Capital Fund. If it meets its goal, it will be the largest dedicated cannabis fund in Europe, according to media reports. The fund will be a “diversified portfolio of high-quality investments in the legal regulated medical cannabis sector,” according to Chrystal Capital.

It will include companies that produce cannabis-derived drugs and other CBD products, with half of its assets based in North America. The fund will stay away from companies that operate in the recreational marijuana market.

Verdite will be one of the few investment funds focused on the cannabis sector based outside of North America.

The California wildfires are threatening the largest outdoor cannabis crops, which are estimated to be worth millions.

One of the largest fires is making its way to one of the most lucrative legal outdoor cannabis growing areas in the U.S., a corner of northern California known as the Emerald Triangle. The crop there, where plants now tower into the sky, some as tall as 16 feet, are in full budding. The legal crop is estimated to be worth in the neighborhood of USD $20 million (CAD$27.8M).