If you’re saving for retirement, then investing becomes a different ball game. The daily market gyrations don’t matter much as your focus is on long-term gains. As a buy-and-hold investor, you don’t trade often or chase quick profits.

When you pick a company, you make sure that it has long-term growth potential as you believe that solid and stable businesses generally increase in value over time, producing regular income that not only beats inflation, but also contributes to your nest egg.

But that’s not an easy task in the post COVID-19 environment. Many top companies have slashed or suspended their dividends this year in order to survive in one of the harshest economic downturns we have seen in our lifetime. Boeing (NYSE:BA), Royal Dutch Shell (NYSE:RDSa) and Walt Disney Company (NYSE:DIS) are among them.

While payouts from S&P 500 companies are likely to drop this year, there are still some segments of the market that will buck the trend. We’ve short-listed three dividend stocks if you’re looking to invest for your golden years. Each is considered a safe choice due to their ample cash reserves, healthy balance sheets and reasonable payout ratios.

Cisco (NASDAQ:CSCO) is not a high-flying technology player that could double in value in a few months, but it’s a cash-rich company well-positioned to pay uninterrupted dividends. The San Jose-based networking giant is the world’s largest producer of routers, switches and other gear that companies use to connect computers.

While the cyclical nature of this segment of the hardware market could continue to pressure the performance of Cisco’s stock in the short run, we believe this is the time to buy this name and lock in higher yield. 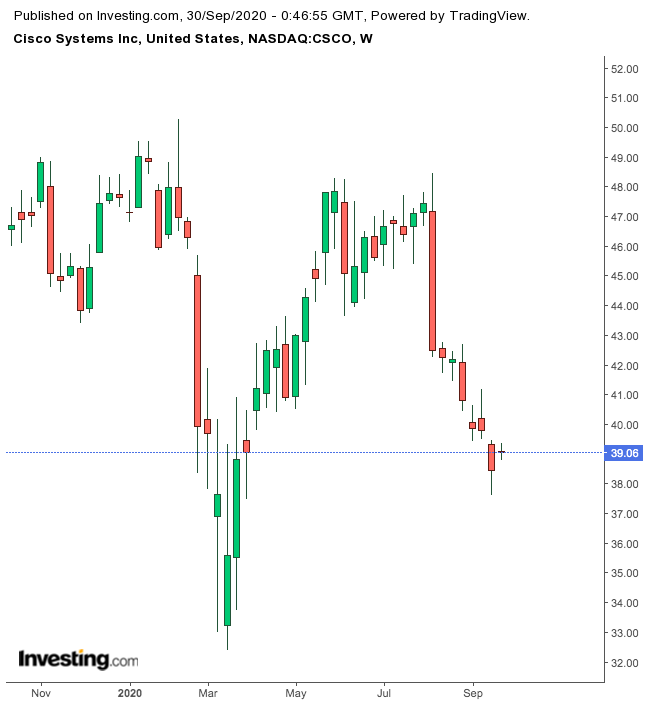 After a disappointing earnings report last month, many analysts cited Cisco’s dividend and valuation as factors that would limit much additional downside risk. Another reason we’re fairly bullish about Cisco’s ability to pay dividends: the company’s aggressive diversification drive away from hardware to a software-driven model within new, high-growth areas of the market, such as cybersecurity, applications and services.

Under Chief Executive Officer Chuck Robbins, Cisco has made a string of acquisitions in order to build a software and services business. Last year, it agreed to acquire Acacia Communications (NASDAQ:ACIA) for about $2.6 billion, gaining chips and machines that help translate optical signals into electronic data.

These growth initiatives, coupled with the company’s dominant position in the Americas, where it generates the majority of its sales, have positioned the company to outperform when the macroeconomic risks decrease.

In addition to growth, Cisco is also a reliable dividend payer. Though not yet considered an aristocrat, given it has only been paying a dividend for 11 years, Cisco has nonetheless raised its payout every year, making it an attractive option for those seeking growing income.

With a current annual yield of about 3.68%, investors are getting a quarterly payout of $0.36 a share, which has risen 14.2% per year during the past five years. As well, the payout ratio on Cisco’s dividend is 53%, meaning there’s quite a bit more room for dividend hikes in the future. The stock closed at $39.06 after Tuesday’s trading.

Consumer staples are classic defensive plays since they’re less tethered to the economic cycle. That’s why we like General Mills (NYSE:GIS), the maker of such well-known household brands as Cheerios, Yoplait yogurt and Nature Valley granola bars.

Trading at $59.86 at Tuesday’s close, the stock is up 11% this year and is unlikely to show much volatility even if the market plunges again. Another benefit to owning GIS stock is that investors receive a dividend that yields a very decent 3.41%. That’s a good return that happens to also be reliable. General Mills has paid uninterrupted dividends for 120 years. 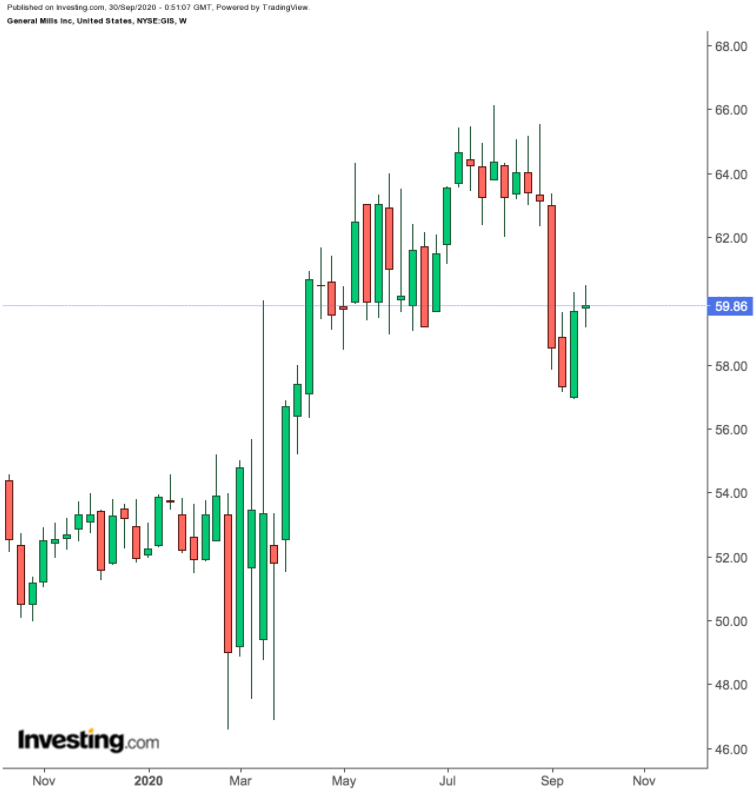 In recent years, General Mills has tried to diversify its revenue base in order to spur additional growth. The company acquired Blue Buffalo Pet Products in 2018, its largest deal in 18 years.

The acquisition added a new line of business to the company’s portfolio, at a time when its traditional food unit was under pressure from consumers rapidly changing their eating habits, looking for fresher, greener and less sugary foods.

General Mills shares are likely to underperform in a bull market. However, it’s a defensive name that will outperform during bear markets.

Stocks like Merck (NYSE:MRK) are well positioned to not only beat the market in a downturn, but also provide good sustainable returns. The company is currently benefiting from the success of its top-selling cancer drug Keytruda. Analysts expect Keytruda annual sales to reach $20 billion by 2023, according to FactSet, generating more than a third of total company sales by that time. Merck’s revenue from Keytruda rose 29% in the second-quarter. 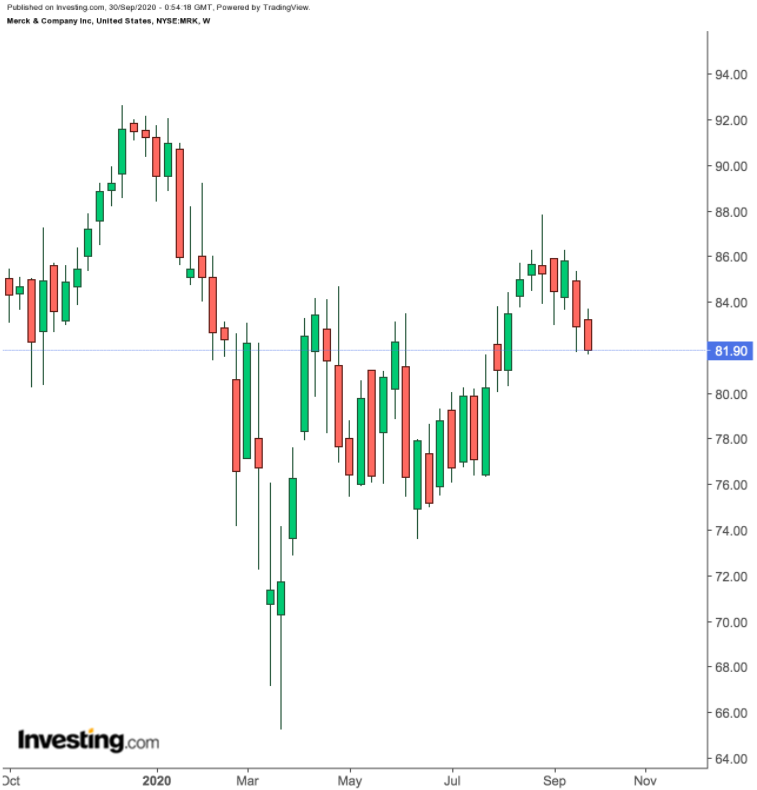 Merck is also one of the leading drug-makers who are developing vaccines and therapies to battle COVID-19. The company began testing one of its experimental vaccine candidates in healthy volunteers this month.

With a growing dividend and share buybacks, we believe the company is a good long-term bet for those seeking rising payouts. The stock, which yesterday closed at $81.90, currently yields 3%, via its quarterly dividend of $0.61 a share. The drug-maker last year boosted its payout by 11%.

Apple iPad 2020 review: all the iPad you need, none of the tablet you don't