The M&A backlog that built up in the early days of the COVID-19 lockdown flooded into the market in Q3, pushing acquisition spending to the second-highest quarterly level in nearly two decades, according to a new report from 451 Research, the emerging technology research unit of S&P Global (NYSE:SPGI) Market Intelligence.

Key highlights from the 451 Research’s Q3’20 Technology M&A report include: 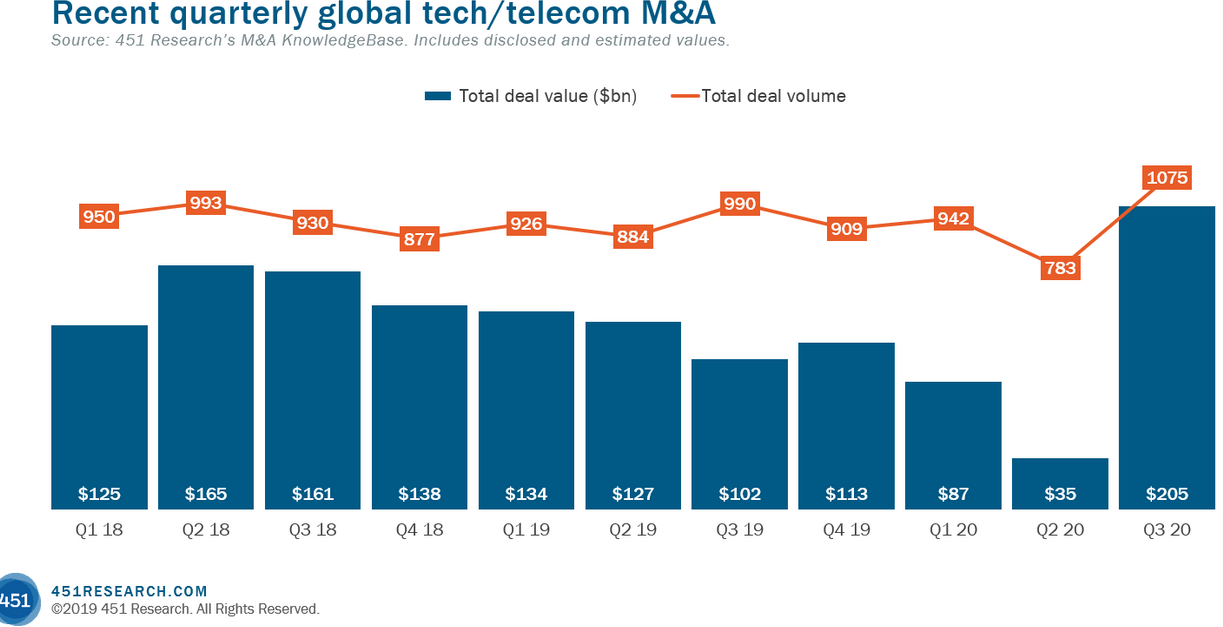 Trump says he condemns all white supremacists including 'Proud Boys'