Investors in Canopy Growth (NYSE:CGC), (TSX:WEED), who have hung on through punishing downturns in the cannabis sector, are raising a glass in a small celebration on news that the company’s partnership with U.S.-based Acreage Holdings (OTC:ACRGF) could fuel an expansion into the United States sooner than expected. 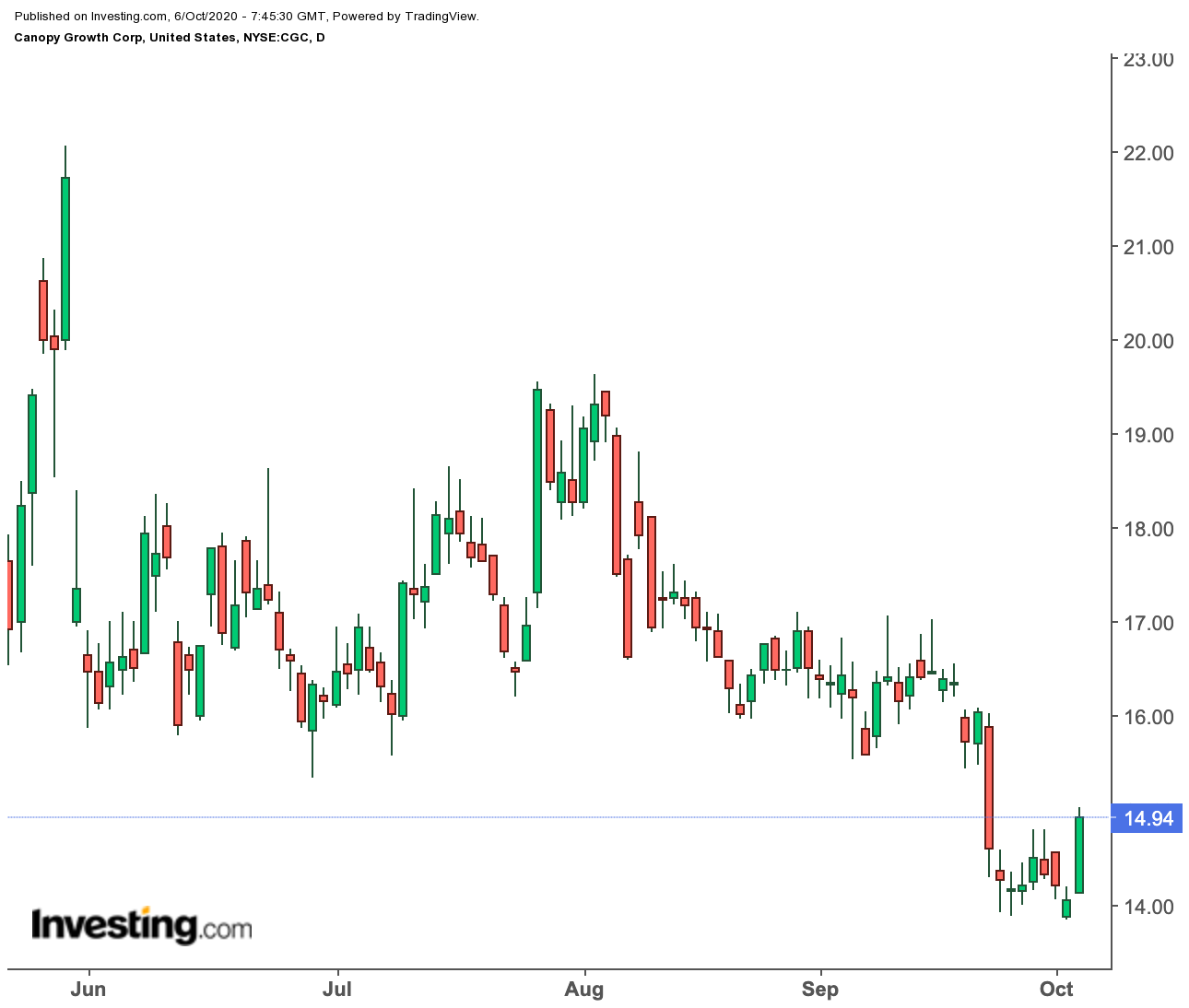 Last week, the Ontario-based cannabis giant announced its new,amended agreement with Acreage Holdings will see its adult beverages on U.S retail shelves by next year, marking a major step forward in expanding its retail market reach.

According to the announcement, Canopy has put plans in place working with Acreage Holdings to distribute cannabis-infused drinks in some American markets by mid-2021. The plan is to roll out the canned beverages–which contain THC, the psychoactive element of marijuana that produces the ‘high’–in Illinois and California, states that have already legalized cannabis. The drinks will be available in dispensaries at first, but will eventually be on sale in liquor stores and other undisclosed retail outlets.

“We see THC-infused beverages as a game-changer in U.S. cannabis, and we are excited to launch Canopy Growth’s unique beverage offerings to our core markets offering the greatest growth potential next year.”

The drinks are already available in Canada, where Canopy controls an estimated 74% of the adult cannabis-infused beverage market, according to Canopy’s CEO David Klein. The amount of THC in the drinks will allow people to experience a buzz that is on a par with wine or beer, but without the next-day hangover effect, the company said.

The announcement illustrates in clear terms the benefits of Canopy’s much touted deals, which have fuelled dramatic share increases in the past. The creation of the adult beverages, which was supported by its major U.S.-based investor Constellation Brands (NYSE:STZ), the maker of Corona beer, will now be spurred by Acreage’s move to set up manufacturing operations to produce the beverages on a larger scale.

In April 2019, Acreage signed a multi-billion-dollar deal with Canopy when the U.S. legalized marijuana federally. The two companies have since revised the pact, which has saved Canopy money and gets the synergy they create working faster.

Under the terms of the original agreement between Canopy and Acreage, Canopy would have to make more than $300 million in up-front payments to Acreage shareholders. The terms of the new agreement see Canopy shelling out about $37.5 million. That makes a big difference on the balance sheet.

Shares of Canopy have gained just over 6% since it announced the details of the new arrangement to work with Acreage. The stock is still down, however, more than 34% in the last year.

In media reports, RBC Capital Markets analyst Douglas Miehm predicts a likely expansion of the legal cannabis market with the launch of Canopy’s new beverages. It’s a safe bet as cannabis-infused drinks only account for about 2% of that market.

According to the 21 Wall Street analysts who have issued ratings and price targets for Canopy Growth in the last year, the average target is $17.98, which is about 20% over Tuesday’s closing price of $14.94.