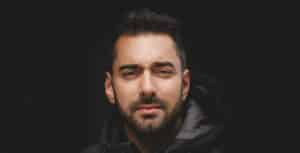 Becoming a successful entrepreneur looks a lot like becoming an artist or a famous writer. There isn’t a set roadmap to building a new business and becoming successful.

You need to be willing to take some risks and to blaze your own path if you want to get there. Becoming a successful entrepreneur, more than most careers, requires willingness to fail and move forward despite failure.

Sam Farao’s path toward becoming a serial entrepreneur, and an incredibly successful one, proves that you don’t always have to walk a predetermined path to achieve financial success. It also shows the kind of drive and passion you have to have and speaks to the challenge of being successful carving out a new space for yourself in the business world.

Even as early as a teenager, Sam Farao was focused on starting his own businesses. He was willing to work his own business as a college student, juggling the demands of both school and work until it became clear that his business had the potential to bring in more benefits and success than his schooling.

While Sam Farao was focused on becoming successful from a young age, he didn’t attach himself to any specific business or industry. Instead, he ventured into different markets successfully. His businesses range from hair salons to real estate, but the real hallmark of Sam Farao’s business approach is that he goes where he sees the opportunity.

Being a successful entrepreneur takes dedication, but Sam Farao’s path also shows that effective management and dedication don’t have to mean lifelong commitments to the same projects and business to the exclusion of all others.

Cutting his teeth on digital marketing

Sam’s first attempt in the entrepreneurial world happened where a lot of young entrepreneurs get their start, early in his high school career.

While juggling books, assignments, classes, and the busy environment of high school, Sam Farao was also managing his own small dropshipping company.

The demands of drop shipping, along with realizing that he could make more money if he gave the business more of his time and attention, meant that he had to make a bold move. He could stay in school and continue trying to manage the different demands of his business and school, or he could go for his dreams and dedicate his time to the business and making it more profitable.

Ultimately, faced with two different paths that could potentially lead to the kind of business career he wanted, Sam decided to drop out and dedicate more of his time to his dropshipping business.

That meant diving in and studying the industry and his business in as much detail as possible so that he could find a winning formula to help his business grow faster.

Quickly he realized the drop shipping was only a start, and that there were real opportunities in affiliate marketing, where marketers write reviews and take a cut of the profits from product sales without having to stock or sell their own products.

With multiple income streams and two different business models that had both proven successful, Sam Farao still wasn’t satisfied. It was time to go further.

Startups are the place to be

For Sam Farao getting in on the ground floor is a way of life, not simply good advice or a way to get lucky and propel yourself into a successful business career. Starting lots of new businesses was just as important as seeing businesses through to their success, which has resulted in Sam Farao businesses cropping up in multiple countries.

He can boast businesses in high-profile cities like Dubai and Malta, but he maintains his business headquarters in Norway, where he was raised.

In 2011 Sam Farao was ready to start a very different kind of business and opened Oslo Hair. While a hair salon might seem like a strange move for a drop shipper and digital marketer, Oslo Hair is the most popular hair salon in Norway today.

However, Farao was and still is less interested in running businesses than he is in starting them. So, while Oslo Hair is a testament to his business starting prowess, he quickly sold the business so he could move to his next project.

Farao stayed in Digital Marketing in addition to his other projects, founding two giant digital marketing firms, Netpixel Media and Captana. Both companies were founded between 2015 and 2017, which is an incredibly compressed timeline for one successful company, much less two.

But you have to remember, Netpixel Media and Captana weren’t Farao’s only projects during that time. He was working on other businesses at the same time.

Farao took advantage of an incredible opportunity in 2015 to move in yet another new direction. Partnering with Mediehuset Nettavisen, one of Norway’s biggest newspapers, he was able to start a coupon business that gave him a new angle on selling products.

From there, he developed enough sense for the website world that he could start building ‘sniper sites’ hyper-focused on a specific keyword or phrase so that the site ranks quickly on Google and starts showing results.

He chose to create those sniper sites for the payday loan market, running them until site performance improved and then quickly selling the website to turn a profit and move to the next site.

Of course, this is one of the places here Farao’s success came because of persistent effort. Like any serial entrepreneur, some of his efforts were less successful than others and there were definitely a few of these sniper sites that didn’t turn a profit or that took longer to succeed than Farao’s business model allowed.

Most entrepreneurs will echo this message, and Farao is no exception. Building businesses can be incredibly risky, and being successful takes dedication and being willing to fail occasionally while you’re pushing for your dreams.

The key is managing your available capital so that one failure, or even several in a row, can’t take you out of the game. Taking the risks you can afford, and realizing when you need to push through rough times and when you need to cut and run to the next project are marks of a true entrepreneur.

Those skills are the core of what Sam Farao takes with him from business to business, whether it’s successfully running his own dropshipping business in college or co-founding Casinor, the online casino guide that he eventually sold for seven figures.

Sam later partnered on loans.no, an online project which went on to become Norway’s top ranked consumer loans site. He also brings that adaptive mindset and broad range of business skills to his current position as a member of the board at flexspace.tech.

Sam Farao’s path might not have been average, but it’s hard to argue with this kind of success. His latest offering is Nutra CBD – a “CBD olie” (CBD oil) company based in the Netherlands.

Read more:
Sam Farao’s path to becoming one of Norway’s most prominent entrepreneurs

5 underrated benefits of having a virtual office