Customers in a second town have begun to receive grocery deliveries from robots.

Eight Co-op stores in Milton Keynes already use the autonomous vehicles in partnership with Starship Technologies.

The initiative will now serve about 5,000 households in Northampton with contactless deliveries.

Chris Conway from the supermarket chain said more customers who had never ordered online before were now using the service.

The robots will serve the Wootton Fields store, travelling up to three miles (5km) to customers’ homes.

The Co-op said, due to the coronavirus pandemic, demand for the service had tripled in Milton Keynes in recent months.

Mr Conway said: “We have seen big changes in e-commerce this year.” 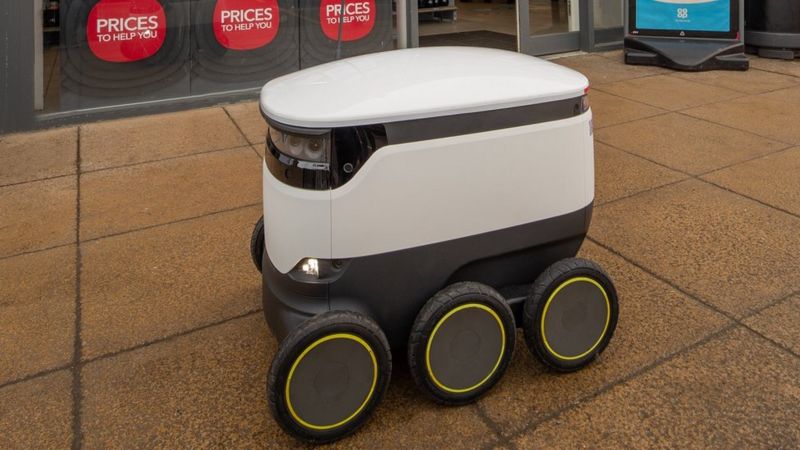 Travel along pavements and cross streets, just like pedestrians
Have 10 cameras, ultrasound sensors, radar, and GPS
Are able to see 360 degrees and have a “situational awareness bubble” around them to detect and avoid any obstacles
Use sophisticated computer vision and software to identify objects such as cars, pedestrians, traffic lights and pavements