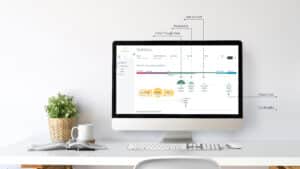 Global commerce search and discovery platform, Empathy.co, has announced record growth and a new hiring spree, with revenue increasing 124 per cent over the last 12 months.

As part of its expansion, Empathy.co has also announced 107 new hires, a 150 per cent increase when compared to annual figures this time last year.

Some of the new team members include engineering and product specialists from new locations like the Netherlands, Portugal, UK, Germany and Sweden – this was made possible by new remote working guidelines enforced by the Covid-19 pandemic.

Over the last 12 months Empathy.co has also announced some major customer wins, including Kroger, Inditex, Matas and Carrefour. The company remains 100 per cent self-funded by the founders, so it can control its own destiny and ensure all profits are reinvested in growth and development of its platform.

Looking to 2021 and beyond, the company anticipates a further 71 per cent revenue growth from its Empathy Platform customers. This pace of growth will be accelerated by new hires from more locations, scouting top talent from local universities on the North West of Spain, such as Coruna and Oviedo.

Empathy.co has also planned to launch Motive.co, a new service for local shops and small enterprises as a plug-in to existing Commerce Platforms.

Speaking to Business Matters Angel Maldonado, CEO, Empathy.co said, “In this new era, digital experiences evolve into relations where the brand aspires to become a companion to the consumer. Customers are tired of cold automated services and seek moments of joy where they feel understood in sites and apps they can trust.

“Fortunately, many consumer-facing brands embrace the power of empathy in their identities, which justifies soaring uptake of our products, despite the general economic hardship caused by Covid-19 on a global scale.

“We have huge plans and hopes for the future, we feel this new era as one filled with human value and purpose, with the source of our vision,” he added.

8 Ways You Can Use Chatbots To Improve Customer Service